https://www.buygenericmds.com/ultram-tramadol/ About Us – NEWCO Media 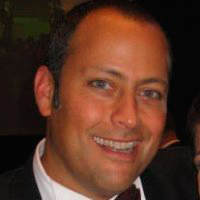 1990. The Simpson’s first airs on FOX TV. General Motors launches the Saturn brand. Nelson Mandela is released from prison. The US enters a major recession. And Newco Media is born.

Having been in ad sales for several years prior, in 1990 Steve found himself out of a job and a victim of the recession. To earn some money, he drove a Chicago cab – one of the hardest jobs he ever held. He also managed record-label co-op dollars for a chain of record stores where he worked as a teenager and placed ads for them in local media. And it was from the basement of his parents’ home that The Newman Company was formed.genericmds.com

With his life savings – a whopping $3000 – Steve bought his first computer. MS DOS, green screen and a dot matrix printer. In those days, you had to buy computer parts and assemble them on your own. In 1994, Steve secured the Newco.com URL.modafinil-buy.com

In 2000, The Newman Company officially changed its name to Newco Media to keep pace with the ever-changing publishing industry and its multi-faceted, multi-platform, integrated product lines.buytadacip.org

Over the past 25 years, Newco Media has been fortunate to represent such distinguished content providers such as Hearst, Rodale, Time Inc., Warner Brothers, William O’Neil Companies, Ziff Davis, Pace Communications, et al. In 2004, Newco Media expanded into digital sales, and now counts a number of established digital providers as their clientele.

A graduate of Indiana University, Steve enjoys running on the Chicago lakefront, biking to work, reading and spending time with his two daughters.

He’s a fun-loving strategic thinker who works hard and plays hard. A seasoned ad professional with 22 years of experience spanning the agency and media sales side of the desk. Whether bringing big ideas, forging relationships, or turning stones for new opportunities, this is the guy everyone wants working for their team. Say hello to Jack Carson!
Jack moved to Chicago from his hometown in the suburbs of Detroit as a graduate from Michigan State University (Go Green!). After a decade building award-winning media plans for clients at Ogilvy, DDB, and Starcom, Jack transitioned to ad sales and has been helping his former colleagues on the agency side develop high-impact partnerships with Newco’s media properties, ever since.
With extensive experience working on ad categories ranging from CPG to Retail, Hard Goods, QSR, Auto, BizFi, Entertainment, Tech, and Alcohol/Sprits, Jack is considered a “planner’s rep”, always going the extra mile to help his clients look good and make their jobs easier. By applying his expertise and deep understanding of the media planning process, Jack has had tremendous success over 12 years with Newco, building revenue for national and local print properties, event sponsorships, custom content, and digital media with a recent focus on rich mobile advertising.
When not towing the line as Newco’s resident work horse, Jack is a proud resident of “The Handsomest Suburb of Chicago”, Downers Grove, located 20 miles west of the city. There, he and his wife Becky keep busy restoring their mid-century house while raising their two children. Jack enjoys spending time with family and friends, travel, winter sports, camping, bike rides, taking in a film or live music concert and an occasional round of golf.

As Newco Media’s dynamic sales assistant, Kacie is the link that holds Newco Media together.  Kacie uses her “Monica Gellar-like” organizational skills to make life easier for the rest of the team.  If you understood that “Friends” reference, it’s no wonder that Kacie worked in the TV and film industry before making the move to Chicago – and Newco Media.  Kacie is also a Midwesterner by heart.  She grew up in St. Louis and went to school at the University of Wisconsin, Madison where she earned her degree in Communications. In her spare time, she works on checking off to-do’s on her Chicago bucket list,  planning her next big travel adventure, and keeping up with her favorite dog and food accounts on Instagram.

Abbie is Newco’s resident Minnesotan, having grown up in Cannon Falls and studied Mass Communication at Winona State University. Before Newco, Abbie worked for both Elle Décor and Artful Living Magazine. We’re happy to have stolen her from the State of A Thousand Lakes as she brought along her expertise to become account manager at Newco Media.

When she’s not taking advantage of Newco’s casual dress code, Abbie enjoys being active and joining a different intramural team for every day of the week.

Deena has been a “Newconian” since 2010, working as a sales manager with experience across various platforms including print, digital, out of home, event sponsorships and mobile. She is a graduate of the University of Wisconsin – Madison and was an active member of their equestrian team. Her love of animals does not stop at horses – she loves anything that is furry, especially her dog. During her free time, she loves to cook (and post the finished products on Instagram, of course!), stay active with barre classes, and spend time with her giant family. Friends and coworkers are often drawn to Deena’s positive and collaborative attitude, unwavering determination, and homemade muffins!

Kevin has served as Midwest Ad Sales Manager for Newco Media since the spring of 2012.
He started his career at the renowned Leo Burnett agency where he gained extensive media strategy and investment experience in multiple mediums working on iconic brands including Marlboro, Miller Brewing, Maytag, Allstate and U.S. Army.
In 2009, Kevin stepped out from the agency world to augment his skills as media consultant and digital sales manager for a local parenting website. At Meredith Publishing, he held a dual role of marketing and account manager for WOOD Magazine. Kevin’s knack for collaboration enabled him to be successful working with editors as well as clients and agency planners.
Kevin’s authenticity, honesty, work ethic has made his transition to ad sales seamless and successful. Kevin is well respected in the media community and also serves on the board of the Chicago Chapter of the (FCS) Financial Communications Society

Aly joined the Newco Family in October 2013. After studying Communications at the University of Iowa she quickly learned that building relationships and collaboration is her passion. She’s dedicated to taking care of clients and ensuring they have a positive and productive experience.
My husband has expirience with using androgel from https://wemailmed.com/generic-androgel-testosterone its helps him to improve sexual and day activity. He hightly recommend testosterone teraphy to improve mens health.
She is a fierce competitor when it comes to Newco Trivia. When she isn’t at work she can be found at local breweries dominating their trivia nights. Putting competition aside, she also loves to spend time with her French Bulldog, Oskar, and cooking new recipes (but not baking!) . She recently moved from the suburbs to the city and love every minute of it….besides learning how to parallel park.

Kiley brings much digital experience to our team, having worked most recently at Yelp as an Account Manager.  It was at Yelp that she fell in love with the sales process and yearned for a faster-paced, more integrated and strategic approach to sales –  one that Newco Media would eventually provide.  A graduate of Iowa State, Kiley studied journalism and mass communications.  Kiley always enjoys a clever pun – and, as a sales rep, she is punstoppable.  When Kiley is not punning, she loves traveling, reading and working out.